5 Ways to Get Your Ideas Noticed

Good ideas often die before they get off the ground—especially in a pandemic. How to navigate the corporate maze to get yours moving along. 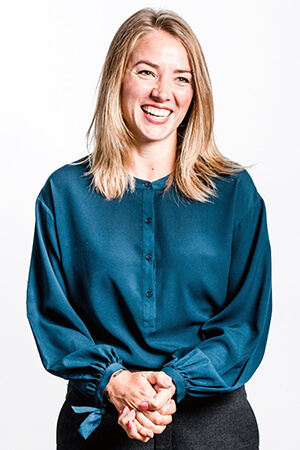 You’re certain it will work. The department just needs to make this one clever adjustment. And your manager seems to like it. Then nothing ever happens.

To the frustration of many eager workers, it turns out that bringing ideas to life in a corporate setting is about much more than simply solving a business problem or client need. The reasons are varied—and business schools have written about the problem for decades. But it’s clearly a more urgent issue today as companies try to emerge from the pandemic with new answers to new needs.

Sean Carney, a Korn Ferry Advance career coach, says turning ideas into action is a delicate dance that requires all sorts of navigating skills and a strong understanding of the organization’s culture. “The farther your idea is from the status quo, the more likely and strong the resistance may be to it,” he says. Here are some steps to make your way out of the suggestion box.

Amazon is famous for having its senior leaders pitch ideas in narrative-style, six-page memos. While that may not be the case at your organization, Frances Weir, a Korn Ferry Advance career coach, says even the best ideas can languish for something as minor as not going through the proper channels or being in the appropriate format. Are you in a hierarchical setup where managers must approve everything, or is there a team space where you can publish freely, for instance? What will land better with your target audience: a one-pager or a formal presentation? “Think about what is the optimal environment for your ideas to be heard and considered,” says Weir.

Part of what makes food appetizing is the presentation. The same goes for the words you use in presenting your ideas. Avoid using weak words like “maybe,” “kind of,” and “probably,” says Ashley Whitlock, a Korn Ferry training consultant. She says hedging words like that won’t draw people to the idea—rather, they will think it isn’t well thought through. “Use strong language to show you have a firm grasp of the idea,” she advises.

An idea won’t go anywhere without your boss’s support, of course. But it won’t go any further than your boss without the support of others. Finding internal champions, particularly those outside your group, is key to pushing ideas forward. Whitlock advises building relationships with people in the lateral or ancillary areas that your idea touches who can help influence the decision-making process.

Even when leadership is enthusiastic and receptive to a new idea, it can be difficult to get specific feedback on what’s needed to take it to the next level, says Natalia Sanchez-Nigolian, a product manager with Korn Ferry Advance. This results from a combination of vague guidance from leaders and timidity in asking for clarity on the part of employees. Without clear communication and transparent next steps, it’s easy for ideas to disappear into the void, Sanchez-Nigolian says. “Often employees don’t have the experience or information necessary to determine what actions are needed to move an idea forward, so it ends up getting lost or deprioritized,” she says.

Managers, teams, and functions have different motives and agendas, and they each will see your idea through their own lens. The CFO wants to know about the financials. The general counsel is concerned with liability. Marketing considers whether or not it can be sold. If any one isn’t on board, the idea can be squashed. Carney advises “de-risking” your idea as much as possible as it works its way up the chain of command. Think of questions or pushback other stakeholders may have and test your idea against them. “Continually optimize your idea using data and metrics at every stage of the process to show how you can minimize risk,” he says.