France’s new $1.8 billion push for AI funding may be a needed wake-up call to find and attract tech talent inside its borders. 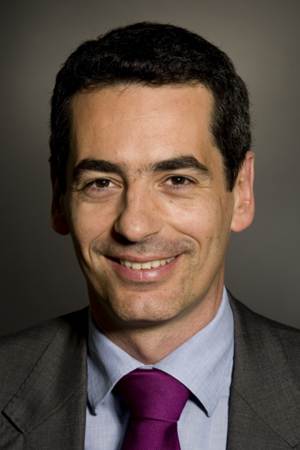 In dollar terms, the news may not seem like much: French President Emmanuel Macron is promising to fund artificial intelligence efforts in his country with $1.8 billion in public funds over five years. After all, worldwide, companies are already pouring $20 billion to $30 billion a year on AI research, and France itself has an annual budget of more than $1.3 trillion.

But while the money probably isn’t enough to develop a Gallic version of HAL 9000, experts say the commitment shows how the government is willing to back up its stated goal of turning France into a so-called “start-up” nation, focusing its ability to attract and retain high-skilled talent that would otherwise leave or not go there. “It’s a way to make it more attractive than moving to China,” says Philippe Decléty, a Korn Ferry senior client partner based in Paris. “If the talent knows that there’s something technologically dynamic in Paris and other parts of the country, they may want to stay.”

What’s more, the move may be a wake-up call for what some see as both France’s and Europe’s need to pick up the pace of innovation against growing global competitors. France and many of the economies of Western Europe are still driven by legacy industries, such as chemicals, agriculture, and machinery. Even most of its technological edges are in older businesses, such as auto manufacturing. “What we create and export, it’s old stuff,” says Werner Penk, president of Korn Ferry’s global Technology practice.

For its part, the French government is concerned that China and the United States are at the forefront of AI, and the country needs to, if not lead, then at least have a say in the development of a technology that could fundamentally change every industry. “There’s no chance of controlling any effects (of these technologies) or having a say on any adverse effect if we’ve missed the start of the war,” Macron said when he announced the AI funding. But the talent issue is also on the government’s radar. On the day of the AI announcement, France’s minister of finance, Bruno Le Maire, derided the country’s high-tech worker problems. “France pays for the training of doctoral students who then head to the United States,” Le Maire said.

The public money may also attract more investment from either private equity firms or well-established technology giants. Facebook opened an AI research center in 2015 and last week IBM stated it wants to hire 400 AI researchers in France over the next two years.

France has attempted public pushes in technology before. In the early years of the 21st century, the state set aside billions to develop "technologies of the future." But the program, Decléty says, was bogged down by conflicting priorities and bureaucracy. This new attempt has a better chance of succeeding, Decléty says, because it’s focused on one idea (artificial intelligence) and spearheaded by Macron and a team of government officials who have technology or private-sector experience.

Penk says that type of leadership—building a consensus for change, championing innovative industries, and showing agility in the face of uncertainty—is needed across Europe. “I’d love to see more Macrons globally,” he says.