Experts say directors everywhere should take a look at why a gold mining firm turned down a big takeover offer this week. 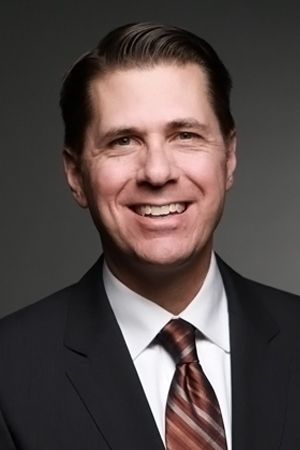 It isn’t that often when someone turns down $17.8 billion.

But that’s what the board of Newmont Mining did this week when it said, “No, thanks,” to an unsolicited takeover offer from its longtime gold mining rival Barrick. Indeed, instead of taking the money Barrick was offering, Newmont’s directors are aiming to pay $10 billion to buy another gold miner, Goldcorp.

It’s barely March, and public company boards across North America have already said yes to more than 50 merger offers collectively valued at nearly $280 billion. Mergers, of course, are one of the biggest decisions a board can make, but an increasing number of directors are looking at more than just the amount of money a transaction could immediately offer shareholders.

In its rejection of Barrick, Newmont said that its own deal with Goldcorp would generate more to Newmont’s net asset value per share. But the board also gave a non-financial reason, saying that a deal with Barrick relied on a “delivery of synergies” from a management team not experienced in operating a global mining business. Newmont has operations on four continents. Barrick’s CEO, Mark Bristow, became the chief only late last year when Barrick purchased Bristow’s Africa-focused gold mining company.

There are still plenty of directors who will consider the best merger to be the one that offers the highest premium over the stock’s existing stock price. There are others who will value a potential merger based on an analysis of future earnings. Others, Heckman says, will argue that the cultural fit of the two firms and the overarching strategy will have the biggest impact on value.

Big mergers do not have the best track record of delivering on their stated promises. Most research shows 60% to 70% of mergers fail to meet expectations or fail outright. At the same time, the growing purpose movement argues that maximizing short-term shareholder value should not be the top priority of a company.

Directors, regardless of how they individually value a potential merger, need to get to know the general perspective of fellow board directors before any deals come down the line, Heckman says. Directors who want to make a non-stock price argument still need to understand the financial argument, he adds. Grasping that will help earn enough trust from other board members to listen and debate an alternative point of view.

As importantly, directors have to get to know one another. By understanding each other’s decision-making styles and risk tolerances, directors can act quickly on any opportunity—or challenge—that crops up, whether it’s a takeover offer, a social media blunder, an environmental crisis, or anything else. “The boardroom can’t be a roomful of strangers,” Heckman says.