Korn Ferry asked leaders what they learned during the pandemic—and what they would have done differently. 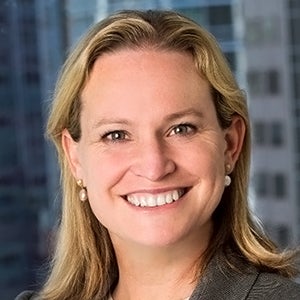 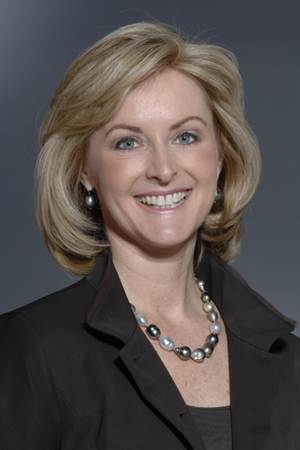 It’s still hard to believe. Who outside of Hollywood producers could have ever imagined that a virus would empty city streets, shut down schools, and bring the United States economy to a sudden, grinding halt?

Business leaders certainly didn’t. To say that the COVID-19 pandemic fundamentally altered how organizations operate and people work woefully understates its impact. Within a month of the lockdown, which went into effect a year ago this week, more than 30 million people were out of jobs and millions more were furloughed or had their pay cut. Even with those measures, thousands of businesses still couldn’t survive.

At the same time, however, most experts agree that some things changed for the better. Leaders became more empathetic and purpose driven. Digital transformation accelerated across industries, causing businesses to become more efficient and consumer-centric. Remote work created entirely new ways for people to manage their days and time without sacrificing productivity.

One year ago—on March 13th—marks the day when the US declared a national emergency, forcing key industries to begin a massive transformation that will last well past the end of the pandemic.

After years of resistance from patients, providers, and insurers, the healthcare industry, out of necessity, learned to embrace telemedicine as a form of delivering care. Nearly half of all patients now use telemedicine in some form, versus only about 10% pre-pandemic. Moreover, 83% of patients say they expect to continue using telemedicine post-pandemic, resulting in the potential for $250 billion of US spending to shift to virtual care. “Telemedicine is the most glaring example of how healthcare leaders adapted to new techniques to provide care, and it will forever change care delivery,” says Greg Button, president of global healthcare services for Korn Ferry.

Button says the biggest regret he hears among clients is how unprepared they were for this type of event. “The supply chain failed many organizations,” he says. Having to shut down elective procedures financially crippled some systems, and the backlog in preventative care procedures “will have a significant impact on undiagnosed patients and the cost of treating these cases for years to come,” says Button.

There used to be certain retail categories that were primarily in-person experiences, such as groceries, cars, and luxury goods. Not anymore. By next year, 25% of all retail sales are expected to be online, which equates to about $1 trillion migrating from stores to digital. As a result, retailers quickly learned how to adjust their store configurations and fulfillment operations. Craig Rowley, a Korn Ferry senior client partner and global leader of the firm’s Consumer practice, tells the story of one client who had planned to implement a curbside pickup program over the course of 18 months. “After the pandemic hit, they accelerated that time frame to stand it up in just 18 days,” he says.

Rowley says retail leaders would like another crack at getting products to consumers faster. He says the experiments that are going on now as a result of the pandemic—such as turning areas or entire stores into distribution centers, stocking inventory for delivery and pickup instead of displaying in stores, and making returns easier—all should have been done and in place before the pandemic, not as a result of it.

If the pandemic taught technology leaders anything, it’s that engineers don’t actually run the world, says Esther Colwill, Korn Ferry’s president of global technology industries. To be sure, from a business perspective, many technology companies benefited greatly from the pandemic. The lessons tech leaders will take forward, says Colwill, are more human in nature. “There’s been a distinct and permanent mindset shift among leaders that tech skills aren’t everything,” she says. “They saw how people with agility, empathy, and emotional intelligence were the ones who really helped them through, and plan to invest in those kinds of people more.”

Similarly, Colwill says that if her clients could go back to last March and start over, they would try to be better partners to their customers. She says they admit they were slow to recognize how reliant their customers were on their products, especially on the business-to-business side. “Tech leaders struggled early on in anticipating the exponential increase in usage and how that translated to the need for more reliability, security, and privacy,” Colwill says.

Some financial services companies, particularly investment banks, cut staff and salaries quickly and deeply at the start of the pandemic. In hindsight, those banking leaders probably would have taken a more deliberate approach, says Leslie Gordon, a Korn Ferry senior client partner and global sector leader of the firm’s Investment Banking and Capital Markets practice. That’s because the sector rebounded quicker than most others, driven by private equity investments and mergers and acquisitions activity. “Once firms returned to dealmaking, the sector quickly turned bullish,” says Gordon.

And return to dealmaking it did, with a vengeance. About $2 trillion of deals were announced globally over the last six months of 2020, according to the financial data provider Refinitiv, accounting for more than the year’s $3.6 trillion total. Zoom conferences, file-sharing applications, and data exchanges quickly replaced dinner meetings, war rooms, and in-person negotiations as the deal arena. As a result, “bankers learned pretty quickly that you could negotiate and close deals in a work-from-home setting and, after the initial shock, adapted to have very positive years,” says Gordon.

COVID inflicted damage on every industry, but none more so than leisure and hospitality. Four out of every 10 jobs lost during the pandemic were in leisure and hospitality. And despite a resurgence in hiring—355,000 jobs were added last month—jobs in the industry are still down 20%, or 3.5 million positions, year over year. One of the lessons leaders took away from the pandemic was that bigger is better, says Radhika Papandreou, a Korn Ferry senior client partner and leader of the firm’s North America Travel, Hospitality, and Leisure practice. “Larger companies with scale and leverage were able to come out on the other side,” she says.

The fact that many smaller and even mid-sized companies didn’t survive was one of the sad realities of the highly fragmented nature of the industry. If industry leaders and organizations could do one thing differently, says Papandreou, it would be to create a safety net for smaller players to prevent them from suffering the same fate again. “We need these players,” laments Papandreou.