Paying to Get a Shot

US leaders had few qualms paying retail workers and other customer-facing employees to get inoculated. Millions of office dwellers want to know if they’re getting money, too. 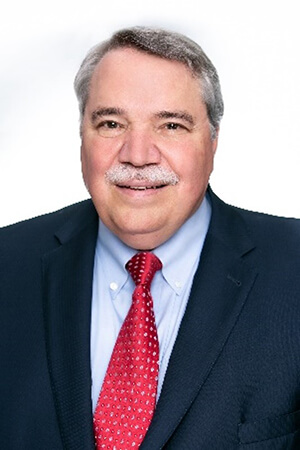 When the COVID-19 vaccines first arrived in January, a select group of US companies used one particular tactic to encourage their cashiers, grocery stockers, flight attendants, and a multitude of other customer-facing employees to get inoculated: pay them. For a variety of reasons, leaders felt they didn’t have a choice.

But now, as the vaccines become widely available in the United States, leaders have to decide whether to offer similar benefits to the tens of millions of employees who would normally be working in an office. The issue has become particularly acute over the past few days as several large corporations and New York City announced that they would be reopening their workplaces. “It’s conflicted: employers who mandate a vaccine versus those who incentivize it,” says Brian Bloom, Korn Ferry’s vice president of global benefits.

Korn Ferry canvassed almost three dozen chief human resources officers this week asking about their plans. About half of the executives said they weren’t going to use incentives to encourage people to get inoculated, while the rest said either they would pay a small amount or they hadn't made a decision yet. "The biggest concern is what to do about people who decide not to get vaccinated," says Ron Porter, a Korn Ferry senior client partner and co-leader of the firm’s Human Resources Center of Expertise, who conducted the survey. "It's a personal choice."

That said, CEOs overwhelmingly want employees vaccinated, and 72% of current and recent CEOs of major companies were open to mandates, according to a poll by the Yale Chief Executive Leadership Institute. Still, few companies other than healthcare providers have actually made getting inoculated mandatory. It’s usually legal for a company to require that an employee get vaccinated. However, experts say there’s enough legal gray area for some companies to shy away from ordering employees to get the shots. “If a company mandates a vaccination and something goes wrong, are they liable?” Bloom asks.

At least in the United States, the COVID-19 landscape has changed considerably over the last several weeks. Vaccines were in limited supply earlier this year, signing up for an appointment was often difficult, and early patients had to wait for hours in line. At the same time, even though many customer-facing workers had early access to the vaccine, there was a healthy dose of skepticism about getting inoculated. When the Kaiser Family Foundation conducted a survey in January, 31% of Americans said they wanted to wait and see how the vaccine was working before they’d take it themselves, and 13% said they wouldn’t get it under any circumstances. A portion of underrepresented groups, who make up a large percentage of cashiers, hotel workers, and other customer-facing employees, are skeptical of the healthcare system in general.

Experts say it made sense that retailers, airlines, and other companies added incentives to get vaccinated. Indeed, when Korn Ferry surveyed more than 50 major US retailers in February, nearly half planned to offer incentives to those who would get the vaccine. Retail workers, hotel concierges, farmworkers, food production workers, and others never got an opportunity to work remotely, and many of their jobs put them in close contact with the general public. Many leaders felt they didn’t have a choice. The faster their employees felt safer and healthier at work, the lower the chances of employees missing work because they caught COVID-19 or inadvertently transmitting the virus to customers.

The incentives weren’t particularly lavish. Some firms offered $50; others gave paid time off for getting the vaccine. “The objective is to make sure that employees don’t lose pay for taking time off to get the shot,” says Craig Rowley, a Korn Ferry senior client partner who works with retailers. One California agriculture firm, however, which had an employee base without much access to healthcare, offered $500 to each employee to get vaccinated.

Now, however, there’s enough supply that several states have made the vaccine available to any adult, and the federal government estimates that all adults nationwide will be eligible sometime next month. It’s doesn’t have to be an all-day affair, either. While there are still long wait times at state-run testing facilities, an increasing number of doctor’s offices and retail pharmacies are providing the vaccine, getting patients in and out in less than half an hour.

That skepticism has diminished, too. This week, when the Kaiser Family Foundation released its March survey, about half the people who said they would take a wait-and-see approach now say they either got vaccinated already or want to get shot right away.

Some companies have already made the choice. “For management and corporate employees who are paid a salary, most retailers are not paying for taking the shot but are giving them time off to go and get the shot and still get paid,” Rowley says. Bloom suggests that for companies considering offering incentives, paid time off to get the shot seems to make sense. “It makes more sense than giving cash,” he says. At the same time, the cost per employee could diminish with each passing week as the vaccine supplies increase and more providers offer inoculations.

Some firms may give benefits without making a big statement about it, Porter says. If a worker tells their boss they have an appointment to get inoculated, many managers might tell the employee to take the rest of the afternoon off without penalty. “Let the local managers handle it,” Porter says of those efforts.