Shoplifters, Robbers, and Drug Dealers—Oh My!

Rising crime is forcing some retailers to take the unprecedented step of closing locations. Are there other options? 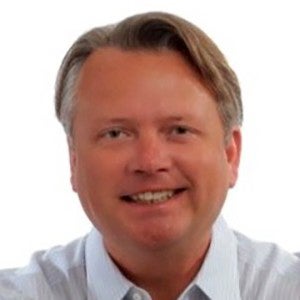 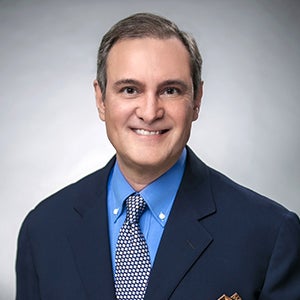 First came the shoplifters, who learned to use automated check-out machines to their advantage. Then came even more brazen robbers—small groups of shoppers who filled their arms with merchandise and simply walked out. After them came bathroom drug users (a public-health challenge stores addressed by installing needle-disposal bins). Finally, the store put in an enhanced security system to track would-be thieves. Yet the crimes continued, despite a reasonably safe urban location. Should executives close a profitable store if it’s plagued by theft and other illegal activities?

Leaders are grappling with surging crime at stores, restaurants, and recreation facilities—much of it a consequence of a sinking economy that seems to have increased illegal behavior. It’s expensive. “Crime has really taken over,” says Christian Hasenoehrl, senior client partner and global leader for consumer and industrial accounts at Korn Ferry. “Organized attacks really thrust this into the limelight. Companies are losing billions on this.”

Many businesses are humming along as usual. Most are, in fact. But some locations are so besieged by crime that executives from big-box stores now commonly call out profit losses due to theft on earnings calls. This challenges leaders to figure out how to minimize losses and curtail crime without damaging the customer experience—all while prioritizing safety.

Loss-prevention efforts, such as police towers and mobile cameras in parking lots, have been on the rise since before the pandemic; physical barriers, such as turnstiles that prevent customers from exiting with a cart full of stolen items, are also now the norm.

In a new twist, companies are beginning to shutter stores they can’t justify keeping open, either economically or from an employee-safety standpoint, says John Long, sector leader in Korn Ferry’s Retail and Consumer practices. Retailers typically lose 1% to 2% of sales per year to theft, but today some locations can lose 5% to 10%, which can negate any profits. At most stores and restaurants, employees are instructed to give robbers what they want rather than put the safety of customers or employees in jeopardy. In some regions, laws around theft are lenient, providing little recourse for companies.

Long says that a leader’s first consideration in such situations should be whether problematic locations should remain open. Given that increasing security efforts usually is of limited effectiveness, Long advises companies to pay close attention to the performance of individual locations and manage real-estate portfolios accordingly, closing and opening stores as needed. Targeted increases in security are also essential for operating stores, says Craig Rowley, senior client partner in retail at Korn Ferry. These multipronged efforts are dependent on a store’s location. They include in-store security, locked cases for frequently stolen items, and installing tracking tags which set off alarms upon exit and pinpoint the specific store items came from. But Rowley suggests treading gently. “The problem with all of this is that it costs money and negatively impacts normal customers’ experience.”

If it sounds like companies are on their own, it’s because they largely are. “They have to be proactive to get attention from law enforcement,” Hasenoehrl says. This has always been the case for businesses, but it became more apparent during the pandemic, when many police departments stopped responding to non-violent crime. Some companies have benefited from hiring retired law-enforcement officers, says Hasenoehrl. “It really helps, because they build relationships with local police departments,” he says. Technological solutions are also increasingly prevalent, like state-of-the-art technology at self-checkouts that can detect whether items in a bag have been scanned.

Surprisingly, companies can also engage their own customers to help reduce crime. “It’s politely reminding people that they’re in a large city—couched with ‘and if you need anything, let us know,’” says Radhika Papandreou, sector leader for the Travel, Hospitality and Leisure practice at Korn Ferry. These efforts can help travelers make safer choices, such as not propping open hotel-room doors or leaving bags unattended at restaurant seats. “There’s a delicate way to do that without alarming your patrons,” she says.