Show Me the Numbers—on Diversity

A new study finds applicants will accept roles with lower pay if firms can post strong diversity figures. But do those figures tell the whole story? 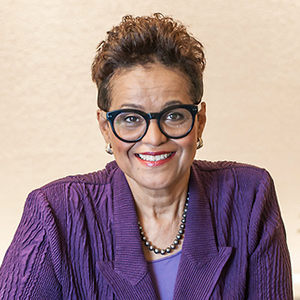 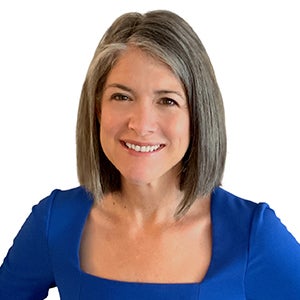 The upheaval of the past two years—from the pandemic to the social-justice movement—prompted a cultural shift: today, corporate leaders are expected to commit to DE&I issues. Now, before accepting a job, many candidates apparently want to know just how serious companies are.

According to a new study from Stanford University, job hunters were more responsive to a one-percent change in diversity scores at firms they were considering than they were to changes of over one percent in median salary. To put this another way: candidates were willing to forfeit over $1,000 in wages to work at organizations with more diverse employee pools. “People want to know if an organization appreciates and welcomes them, and isn’t just tolerating them,” says Audra Bohannon, a senior client partner at Korn Ferry. Workers will accept a slightly lower salary if they know the company culture is supportive of their differences, and there’s room to learn and grow, she says. But companies that are committed to diversity, equity, and inclusion (DE&I) shouldn't be underpaying employees, says Andrés Tapia, Korn Ferry’s global diversity and inclusion strategist. “That goes against the premise.”

In August 2020, the Securities and Exchange Commission announced a new rule requiring public companies to disclose any “human capital resources” material to their operation. The mandate left the interpretation of that phrase to firms’ discretion, however, and in the first six months, less than one-fifth of companies disclosed metrics about their rank-and-file employees’ gender or race.

The Stanford study focused on how much workers would value this information. Based on the results, experts say, releasing diversity statistics could help firms lure talent, especially in the age of the Great Resignation. “Transparency creates trust, and it’ll help build long-lasting bonds,” says Kate Shattuck, a senior client partner at Korn Ferry. There is an increased demand for accountability from companies and investors want to see a diverse workforce, so public companies are having to report on this, she says. If the company already has good metrics, or even if the metrics and not good but is genuinely committed to establishing an inclusive workplace, publicizing the information can help bring in employees. But publishing metrics is a short term solution, Shattuck says, the culture needs to be built over time.

The figures can be a double-edged sword, however. For companies that have poor diversity numbers, sharing the data will do more harm than good, experts say. Often these statistics aren’t even shared internally, and they may put the organization in an uncomfortable position. Moreover, numbers don’t always paint the full picture. Even if a company seems diverse, its minority employees may experience a lack of upward mobility. For instance, a company could have a 25-percent diverse workforce but poor mobility advancement figures, says Bohannon. If a company isn’t where it wants to be with diversity, it needs to start by demonstrating inclusive leadership and actions.

Publishing diversity data can help entice and retain talent to an extent, but it isn’t a definitive fix; it needs to be evaluated on an individual basis. What really matters is inclusive behavior, says Bohannon. When an organization’s diversity statistics are superficial, job hunters know it, says Tapia. “If a company is authentically committed to DE&I efforts, and minorities are represented even at higher levels, it will attract the best,” he says.