With the delta variant keeping many offices mostly vacant, the importance of these skills has returned. 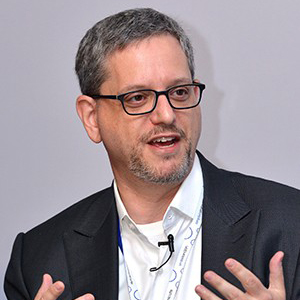 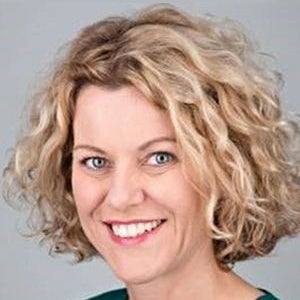 At the start of the pandemic, most leaders thought hybrid meetings—where a couple of people would set up in the office and other employees would dial in from home—would be temporary. After all, since everyone would be back in the office in a few weeks, most people could put up with annoying technology glitches and the fact that the people in the office seemed to be the ones who were getting the most out of the meeting.

Now, more than a year later, new coronavirus variants are pushing return-to-office plans back further. Even after the pandemic fades, a lot of employees are going to be working flexible schedules, virtually guaranteeing that not everyone will be at the same office at the same time. For better or worse, hybrid meetings are here to stay—and experts say that unless meeting organizers make some changes, it’s for the worse. “Hybrid meetings can quickly go from annoying people to making them feel isolated and not valued,” says Bryan Ackermann, a managing partner in Korn Ferry’s Leadership and Professional Development group.

That said, hybrid meetings, if done well, can actually make all participants feel included and respected. Indeed, some experts say hybrid meetings can be more productive than having everyone in the same room, since people in the same room often focus too much on other people’s body language and appearance rather than their words and ideas.

Over the last year, Korn Ferry experts have observed and participated in hundreds of hybrid meetings with senior leaders. In the process, they believe several key steps can make a critical difference.

While organizations have fundamentally changed pretty much everything about their businesses because of COVID-19, many still run meetings the same way. Organizations haven’t been as deliberate in redesigning the agenda, protocol, and execution of meetings as they have the other aspects of their businesses, says Laura Manson-Smith, global leader of organization strategy consulting for Korn Ferry. “The impact of not feeling included, particularly for remote workers, can be outsized,” she says.

So before organizing the next hybrid meeting, figure out what its true purpose is. If it’s just to disseminate information, a simple email can do that. Save meetings for topics where outside input is needed to make progress. Then, once a meeting starts, attendees can use virtual whiteboards, cloud-based text documents, chat functions, and a variety of other software tools to collaborate in real time. “Leaders need figure out how to manage dynamics, keep the conversation going, and make it inclusive,” says Albertina Vaughn, a senior client partner in Korn Ferry’s Leadership and Professional Development group.

Hybrid meetings require more preplanning on the part of leaders and facilitators, from drawing up an inclusive agenda for all participants to making sure the technology is functioning properly. Dennis Baltzley, global solution leader of leadership development at Korn Ferry, cautions that the risk of losing control of the crowd is exponentially greater in a hybrid meeting. “Without good preparation, these meetings can quickly get disorienting, inefficient, and isolating,” he says. When the purpose and rules of the road aren’t clear, or when the facilitator comes in cold, is when things go bad. For instance, facilitators should know the breakdown of participants’ locations and time zones and establish some simple contracting for how the meeting will be run and how to develop rapport across the whole group.

Since most people are still meeting virtually, the temptation is to expand the guest list as much as possible since they’ll be on video anyway. While that may seem more inclusive, it actually isn’t. The more uneven the distribution of participants, the more difficult it is to facilitate an effective meeting, says Vaughn. “Having more attendees lessens interaction and makes it easier to lose people,” she says. She advises asking potential guests to commit in advance to remote or in-person attendance and culling invites to get representation as even as possible. “What you are trying to avoid is an imbalanced distribution of participants, because that will sway the meeting in one direction,” says Vaughn.

One big issue with hybrid meetings is making remote participants feel included, says Baltzley. “Momentum and energy will naturally lean toward those in the room,” he says. That means facilitators have to be cognizant that those on the phone or Zoom want to feel like they are in the room. He suggests methods that require interaction from remote participants (e.g., polls or specific tasks) to keep them engaged. He also recommends some simple structural procedures, such as going to a remote participant for every other question or keeping them on the main camera instead of sending them to separate virtual rooms for breakout sessions.

Breakout sessions—splitting participants into small groups to work on a problem or assignment—are the foundation of any project work, innovation generation, or detailed planning. But in a hybrid environment, their dynamics are infinitely more complicated. It’s easy, for instance, for a remote participant to check out or an in-person participant to dominate the discussion. Included among the considerations are if the groups should be randomized or preselected, all in-person versus all virtual or a mix of both, how large the group should be, and how long the session should last. Most important is how information will be presented. Manson-Smith advises using virtual whiteboards and other digital collaboration tools where possible. “Physical whiteboards and flipcharts don’t work in a hybrid environment,” she says.