The Age of Faster Meetings

The first major study on pandemic-era work habits shows meetings are shockingly 20% shorter. Are we doing something right—or wrong? 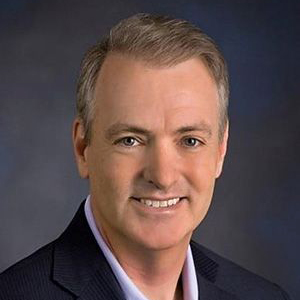 Try to tell executives today that the number of business meetings they attend remotely has increased and they will yawn—tired from all the meetings. Try to tell them those meetings are actually shorter than pre-COVID, and they’re likely to wake up—from disbelief.

According to a new working paper published by the National Bureau of Economic Research, workers are sitting through more meetings, video or otherwise, compared to pre-pandemic times. But surprisingly, the length of meetings after the shelter-in-place orders went into effect has fallen on average, by about 20%. Collectively, people actually spent 11% less time in meetings per day on average in the post- lockdown period.

The paper, put together by four Harvard professors and one from New York University for the well-known economic research nonprofit, does have its skeptics. But experts say it also raises some interesting leadership issues and opportunities. Forced to conduct meetings by Zoom where everyone’s attention spans are naturally shorter, managers can hone their skills at running faster, more efficient meetings—opening up potentially critical time. “In the pandemic, you’re limited in what options you have with communication events,” says David Vied, global sector leader for Korn Ferry's Medical Devices & Diagnostics practice.

For his part, Joe Dimisa, a senior client partner at Korn Ferry and a leader of the firm’s Sales Effectiveness practice, says he isn’t buying the “less time spent in meetings each day” result. Sure the meetings are shorter, he says, because, for example, he can swap out a two-hour meeting he would have had with a client he flew out to visit with a 30-minute video chat from home. But the time saved by not traveling to a client, or even commuting to work, gets filled up with work. “That time creates pressure to do something, and the 'do something' is scheduling meetings,” Dimisa says. Indeed, the study did find that the average work day has grown by 48 minutes a day.

But longer days apparently don’t mean longer meetings. Experts point out that the early days of the pandemic helped force this shorter meeting trend, as managers scrambled on calls to organize remote working arrangements. Earlier on, workers also recognized that people’s attention span on video calls seems considerably shorter than in-person. “I [once] was on Zoom call for an hour with seven others while only one person spoke,” Vied says.

The findings do point to some potential work habit changes employees might want to consider once they can get back into the office. Researchers say that increasing the number of meeting attendees raises the likelihood that everyone will get the important information they need. Being more inclusive when everyone is dispersed can also help employees maintain their identification with the organization, the researchers say.

Video conferences also highlight the importance of thinking about how engaged the audience will be. “We often still think in terms of the 1950s corporate lifestyle, which is, '"I’m the boss, you’re here to listen to me,'" Vied says. Vied says he now is always focused on thinking about what will be interesting to the audience, not necessarily what he wants to tell them.

Dimisa says the prevalence of video meetings also has shown how some tasks, whether its business development or simply catching up with a client, can be done faster and more efficiently. Plus, there’s a better chance of using data in decision-making, Dimisa says. How many calls had to be made? How many questions were asked? How long were the calls? “There’s a chance to have more data-driven conversations and decisions rather than just saying, ‘Let’s have dinner.’”