Tipping Point for the 4-Day Workweek?

With the UK testing a shorter workweek, and trials set for other countries, momentum for 4-day workweeks is building. But is it enough to convince skeptical leaders? 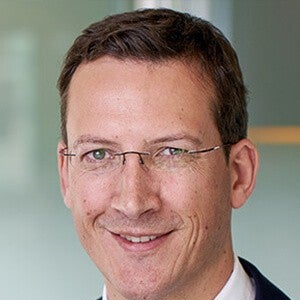 It makes for an interesting juxtaposition: while some business leaders in the US are calling on employees to return to the office full-time, the biggest-ever experiment with a four-day workweek is taking place in the UK.

More than 3,000 workers and 70 companies across industries in the UK are testing a four-day workweek in which workers will receive the same salary, and maintain current productivity levels, in exchange for one day off per week. If successful, experts say, the six-month trial, now in its second week, could convince at least some skeptical leaders of the merits of the four-day workweek, and potentially solidify it as a cornerstone of the future of work.

While it’s been talked about since at least the mid-1950s—Richard Nixon predicted it would be the norm “in the not too distant future”—the four-day workweek remained little more than an idea for decades. Then came COVID-19 pandemic, which led organizations down the path “from standardized to personalized work,” says AJ van den Berg, a workforce transformation expert for Korn Ferry in London. A variety of issues came to the fore: the importance of employee well-being, the need for flexibility to accommodate schedules, and the desire to retain workers in the face of massive resignations. To put it another way: the four-day workweek may not represent that big a change for some leaders.

For others, however, it is still a bridge too far. After two years of remote work, leaders like Elon Musk, Jamie Dimon, and others are pushing for workers to return to the office five days a week. Others have criticized hybrid and remote work, saying they’re for people who lack hustle and don’t want to get ahead. And there are other business concerns.  “Managers worry about how all the work will get done,” says Alexandra Ghashghai, a senior client partner in Korn Ferry’s Private Equity and Industrials practices in London. “Or there is the concern about people not being available when a client needs them or an emergency comes up.”

For her part, Evelyn Orr, Korn Ferry’s head of CEO and executive assessment, North America, says firms that oppose flexibility today are at odds with the purpose movement and out of step with the trend towards work-life balance. She points to studies showing that reducing hours or days worked per week increases employee engagement, motivation, productivity, and retention. “People are rejecting control tactics,” she says.

A four-day workweek isn’t possible for many jobs and many industries, of course. For instance, people who use technical equipment might not be able to increase their production rate and squeeze it into four days. Moreover, for every study demonstrating the benefits of a shortened work week, there is another arguing that a compressed schedule can increase anxiety and stress and decrease productivity over time.

One of the biggest challenges to implementing a four-day workweek is that data can’t be measured and compared between and across industries and jobs, says Ghashghai. Even if the findings from the UK experiment—along with upcoming trials in Australia, New Zealand, Scotland, and Spain—are all positive, she says that likely won’t change the minds of those leaders who oppose the idea of a four-day workweek. “They’ll say that what the data shows won’t work for their company or industry,” she says.