The Hidden Stigma Behind the “Diverse” Label 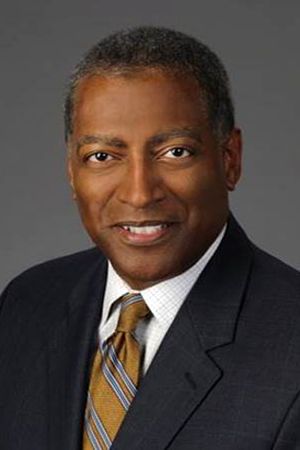 Barry Callender is a principal in Korn Ferry’s Diversity and Inclusion practice.

We’ve all heard the whispers. A female colleague gets promoted over a male with more experience and the talk about how she only got the job because she was a woman starts. A black male from outside the organization gets hired into a highly coveted VP position and word begins circulating that he only got the role to fill a quota. An organization creates a Chief Diversity Officer position and rumors spread about how white workers need to start watching their backs.

None of this is true, of course. But that doesn’t matter —assuming that someone who is not a white male got a promotion or job over a white male for reasons other than their experience and qualifications is as old as Affirmative Action. And the only reason it isn’t older is because having a diverse and inclusive workforce historically wasn’t a concern.

In a paradox for leaders, hiring “diverse” individuals is not the same as having a truly diverse organization. Labeling individuals as “diverse” can actually be inadvertently exclusive, implying an unfair preference in hiring, lower employee standards , and the idea that only women and people of color are diverse. These are, of course, misconceptions that leaders hoping to create more diverse and inclusive organization have to address. We believe it’s possible, through a step-by-step elimination of widespread misconceptions.

The original intent behind Affirmative Action programs was to counteract the impact of discriminatory hiring and employment practices on African Americans (and later women and other minority groups). But it ended up having the unintended consequence of tagging supposed beneficiaries of these orders as “Affirmative Action” candidates, hires, promotions, etc. These tags ended up being used by many to imply that beneficiaries of Affirmative Action and Diversity & Inclusion efforts were either unqualified or that the standards were changed to accommodate them.

The strategic intent behind Affirmative Action, however, was not to arbitrarily place more women and minorities into a greater number of roles. There is an actual science behind it tied to the “available labor force” concept. The statistics behind this concept are twofold. First, that for every type of role there are a verifiable number of people in the labor force who have the education and the skills for that role. And second, that companies either do or do not reflect that availability in their own workforces.

How to resolve: Rather than using “diverse” talent or “diverse” candidates, organizations should instead use “talent from underrepresented groups.” This language speaks to an imbalance that is limiting the organization from having access to broader pools of talent that are currently outside their talent sourcing strategies. The intent is not to favor any particular group, but rather to ensure that organizations reflect a workforce proportional to the availability of all talent pools. With this, the focus shifts from it being about people gaining unfair advantage to the real issue of the organization seeking to address its deficit in getting the best talent available.

Imagine the impact of the stigma of being viewed as having been hired just because of one’s skin color or gender on someone already fighting against the biases and stereotypes on which they are judged in society and in the workplace. Unfortunately, due to unconscious biases, those from the underrepresented groups have to fight for the credibility that’s immediately granted everyone who is tag-free. In my coaching of hundreds of such talented people and many of their managers, it’s all too common for many of these professionals to be denied promotion to senior levels because — regardless of their results — the “diverse” talent tag clings to them in detrimental ways.

These spiraling negative consequences undermine corporations’ deeply held beliefs that they are true meritocracies where hiring, development, promotions, etc. are solely based on performance.

How to resolve: Organizations must undergo a de-biasing approach. This entails training managers and leaders to be aware of unconscious and intentional bias and building skills on conscious inclusion. It’s good practice to conduct an audit on where these  biases may have been codified into candidate screening tools and talent management processes as well. This also requires paying attention to where different groups of talent are underrepresented, seeking the root causes for why, and then applying corrective action.

Misconception #3: Only Women and People of Color Are Diverse

Using “diverse” talent as code for hiring women and people of color implies that those who are not women and people of color don’t represent the diversity of the human experience. In actuality every human is diverse by virtue of characteristics that originated from birth (for example, race) as well as those we acquire over time (for example, communication styles, levels of education, life experiences). This, of course, then means that white males are diverse, too.

How to resolve: Leaders and influencers within organizations can choose to agree that all of us are “diverse” and that this characteristic does not just apply to members of a limited number of groups that should be tagged this way. In addition, “diversity” should be about an overall organizational goal of having a fully diverse workforce at all levels that reflects the available labor force rather than a simplistic, misused and biased descriptor of individuals. The way to get there is through inclusive environments that allow every individual to rise to their full potential because their whole selves were valued and optimized.

Because when it comes to tagging, no one wants to be it.