One Company, One Job?

In yet another change born from the shift to remote work, more employees are working two full-time jobs simultaneously. But the trend brings up thorny questions for leaders and employees alike. 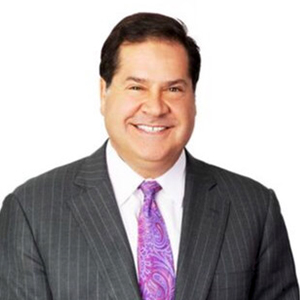 It’s a question that inadvertently has picked up steam among business leaders and labor-law experts after a tech company fired two engineers who, without permission, were also working for another company full-time. While no one is endorsing violating company policy, the situation brings up thorny questions of whether firms with remote work staffs may need to allow workers to hold more than one full-time job.

“We may not be there yet, but it’s a possibility down the road,“ says Jean-Marc Laouchez, president of the Korn Ferry Institute. Although still a fraction of the workforce, the number of people holding two full-time jobs jumped almost 20% over the past year, according to government data. For his part, Laouchez says several factors are leading to this trend of “overemployment,” which has long occurred in minimum-wage roles but now is entering other pay grades. The first is the shift to a blended workday in which personal and professional responsibilities overlap, leading to questions of who controls how an employee spends their time. Another factor is the development of collaborative digital tools that allow people to determine where, when, and how they work.

But by far the biggest factor influencing the overemployment trend is the need among organizations for skilled talent. Korn Ferry research shows that by 2030, demand for highly skilled workers will exceed supply, resulting in a talent shortage of 85 million people. “People with the right skills are realizing they are valuable to more than one organization,” says Laouchez. With the rise of the so-called gig economy, there has been an increase in independent contractors: between February 2020 and June 2022, for instance, the share of workers who declared 1099 income grew by nearly one-third.

Mark Arian, CEO of Korn Ferry Consulting, says that taking on multiple jobs blurs the lines between employee and independent contractor and pushes the boundaries of employment law. An employer has certain rights over employees, he notes, such as the ability to require them to work exclusively for the company, to be accessible when needed, and to keep intellectual property or other trade secrets private. While employers maintain certain rights in an independent contractor relationship, these are more limited in number and scope.

At the same time, however, employers can’t stop employees from taking a second job, provided it isn’t with a direct competitor and doesn’t overlap with current duties. Supporters of the so-called purpose movement note that CEOs often serve on the boards of other companies and, in some cases, even run other organizations separate from their main company. “A second job for a skilled worker could be comparable to board service for a CEO,” says Andrés Tapia, a senior client partner and ESG and DE&I strategist at Korn Ferry. “Why not use the same criteria?”

But others argue that board service typically doesn’t conflict with a CEO’s main job and, most importantly, has to be approved and disclosed. According to the tech company, part of the reason the two engineers were fired was because they tried to keep their second jobs secret. “If they were transparent and the terms of engagement were well defined, maybe the outcome would’ve been different,” says Laouchez.

Or maybe it wouldn’t have. There is inherent risk in asking your boss for permission to simultaneously work somewhere else. It’s a question of loyalty and trust, says David Vied, global sector leader for medical devices and diagnostics at Korn Ferry. That’s especially true in tech, where competition is fierce and leaders prioritize devotion. In fact, with employers increasingly using monitoring software to keep tabs on workers, some experts worry that the overemployment trends could lead to even more tracking.

Ultimately, the way to stem the tide of overemployment is for leaders to create an environment where employees want to work for their organization rather than someone else’s, says Arian. One of the ways to do that, of course, is by offering better compensation and benefits.

He also says that in the post-pandemic world of work, there is more of a balance of power between employers and employees; neither side should view the relationship as simply transactional. Training, education, wellness, and purpose, among others, are all significant influences on winning over talent—or at least keeping them to yourself. “The market for talent has never been more competitive,” says Arian. “Organizations have to differentiate their offerings to be make themselves more attractive.”