The economy is shrinking, but leaders are still needing to make hefty payouts to fill key openings 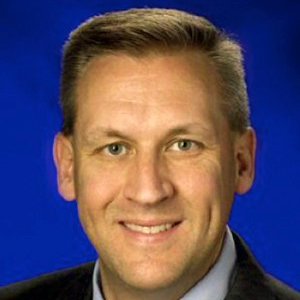 The number of open jobs is falling. The US economy has shrunk for two straight quarters. Organizations are starting to announce layoffs. Companies are even getting more frugal on the number of T-shirts they produce for employees. Clearly not the time to be handing out hefty bonuses.

Or is it? Some organizations, desperate to fill roles up and down the corporate ladder, are throwing around sign-on bonuses equivalent to half an employee’s annual salary. It’s yet another example of the perplexing “job-full” recession the United States and many other nations find themselves in at the moment. Inflation and a slowing economy are pushing firms to trim expenses, but leaders still don’t have all the talent they need to fill critical roles. “Some organizations are at odds with themselves,” says Elise Freedman, leader of Korn Ferry’s Workforce Transformation practice.

Sign-on bonuses are common for executive-level jobs and many other professional roles, but during the Great Resignation they’ve been handed out to workers as disparate as line cooks and nurse practitioners. What has surprised experts is that companies still need to be offering them so readily. In July, 5.2% of all job postings advertised a signing bonus, a slightly lesser share than the 5.5% peak in December but still about triple the level in July 2019, according to an analysis by one career site. “They really haven’t tapered off, even as the economy has gotten worse,” says Marc Hallee, a Korn Ferry senior client partner specializing in health care.

At the moment, fast-food restaurants across the world are offering hundreds—or even thousands—of dollars just to get people behind the counter. Delivery drivers are being given $8,000 before they even take the wheel. One of the most extreme recent cases involves pharmacists, who are often in short supply. In some cases, large US chains are offering $75,000 signing bonuses to new recruits. The average salary nationwide for pharmacists is about $128,000.

Those sign-on bonuses are the price of alleviating worker shortages so bad that they are, in many cases, forcing firms to cut back on service, denting revenues, and angering customers. “There are some jobs where there just isn’t enough supply. Companies will do what they need to do,” says Tom McMullen, leader of Korn Ferry’s North America Total Rewards practice.

The problem is that a company’s existing workforce either knows—or will quickly find out—about the sign-on bonuses. These before-hire pay bumps may hinder a company’s efforts to maintain pay equity. “Leaders recognize that they need a solution for experienced staff, too,” Hallee says.

Some experts suggest giving onetime bonuses to loyal employees rather than raising salaries outright. Others say firms should consider reviewing salaries more often than the traditional once a year—to provide more hope and motivation for those on the low side of the gap.