The future of leadership in Investor Relations 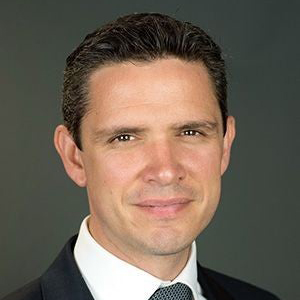 It’s a good time to be in investor relations (IR). At the end of 2015, Korn Ferry conducted research among the FTSE head of IR community. The firm sought to understand how the function is evolving and to produce a succinct summary that would be helpful to those with a vested interest in high-quality IR.

The variety of career paths to reach the position of head of IR is growing. In the past, many such leaders had a background in only IR or communications. Although this is still a respected route to the top, the firm found an increasing number of IR leaders who rose from financial services areas, including equity research and corporate finance.

High turnover among heads of IR.

More than half (56%) of survey respondents had been in their role for two years or less, suggesting a high level of turnover; 53% had been hired from other companies. This is consistent with our observation that 2014 and 2015 were years of exceptional fluidity in the market, driven largely by the increasing demands of the investor community. Of those who were hired from inside the company, nearly as many (22%) were appointed from outside the IR function as from within (25%).

Figure 1. Role before becoming head of IR.
Before the appointment to your current role, you were an:

The 2008 financial crisis increased the accessible pool of talent. A number of financial services professionals who historically had been out of reach because of compensation discrepancies now consider IR an attractive career path. Nearly one third (31%) of survey respondents had prior experience in investment banking; a quarter (25%) are qualified chartered accountants. Pre-crisis, the majority of IR leaders rose through the area’s ranks or via communications or finance roles.

In our recent survey, 47% of respondents had worked in more than one industry, with 19% having operated in three or more sectors. In many cases, the firm found that technical IR skills can be transferred across industries and that the broad perspective gained in multiple sectors is often beneficial. Although single-industry careers are increasingly rare, this deep expertise and knowledge is highly valued.

Figure 2. Industry experience.
In how many distinct industries have you performed an IR role at the manager level or above?

For their next move, 44% of respondents wish to remain in IR but with a more “compelling/differentiated scenario.” A sizable number (16%) aspire to become Chief Financial Officer, with a smaller percentage seeking to be head of Communications/Affairs, Strategy, or to take a role in an IPO.

Doing more with the same or less.

Figure 3. Investor relations budget.
For Financial Year ’15, has your IR budget (by percentage of respondents):

As bellwethers of change for the IR role, those in the uppermost ranks of the FTSE community reveal the continued evolution of the IRO position. Their criteria for “must haves” reflect a broader scope and greater visibility for what is increasingly a higher profile and strategic role:

Our research findings point to issues for consideration for those focused on high quality IR: