The ‘Work From Anywhere’ Solution

Airbnb is letting nearly every employee work remotely, a move that other “asset-light” firms facing talent shortages may need to consider. Carefully. 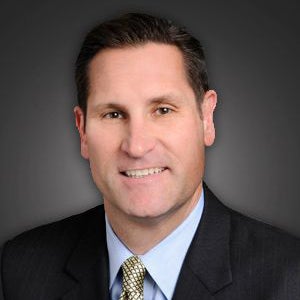 Workers have made their feelings known about working in the office full-time. They’ve filled only about 40% of offices in major US cities, and surveys indicate that about two thirds would look for new jobs if they’re required to return. A big-name outfit has now turned to what it hopes will be the ultimate recruiting tool: the fully remote workplace.

In a move that’s turning a lot of heads, Airbnb formally made coming into the office optional for all 6,000 of its workers. They are, the firm said, free to work from virtually anywhere in the world. Smaller firms have embraced remote work, but few $6 billion companies have done this so openly and thoroughly. The firm’s CEO, Brian Chesky, said he hopes the policy will draw new recruits. “I think this will become the predominant way that we all work ten years from now. This is where the world is going,” he told employees recently.

But can it work? Such a move isn’t possible for asset-based firms, such as large manufacturers or service-sector outfits with heavy brick-and-mortar operations requiring on-site staffs. And it’s a far cry from what corporate leaders envisioned just a few years ago. Tech companies and others spent billions to build corporate campuses offering free food, dry-cleaning services, and other amenities, says Barbara Rosen, a senior client partner and global accounts lead for Korn Ferry’s Technology Market practice. Now many of those firms are trying to determine whether everyone should return to those offices, work remotely, or do some combination of the two.

For his part, John Kuper, who leads the North American Technology practice for Korn Ferry Professional Search, sees the advantages the move gives Airbnb and other “asset-light” firms that don’t need on-site staffing. “On the surface, working from anywhere looks like a big talent attractor,” he says. Given the crippling talent shortage many firms are facing—with a record number of job openings—that’s no small advantage.

But HR pros say that going all-remote might impact a firm’s talent pool in some unexpected ways. A company will be able to open itself up to a vast number of potential job candidates who live nowhere near its headquarters or facilities. That’s particularly valuable for firms in mostly homogenous areas that are looking to diversify their employment base, says Andrés Tapia, Korn Ferry’s global diversity and inclusion strategist. “The advantages from that perspective can’t be overlooked,” he says.

Meanwhile, there are still many employees who miss the camaraderie of working and brainstorming side by side with colleagues. Innumerable skilled people are eager to get out of their homes and into the office. An all-remote company probably wouldn’t appeal to these workers. “You’re self-selecting candidates,” says Bradford Frank, a senior client partner in Korn Ferry’s Global Technology practice.

Compensation becomes complicated. While Airbnb says it will pay workers by the role, not the location, several other firms have reduced salaries for those living in less expensive regions. Many experts say the issue of equitable pay—when cost of living, taxes, and other issues are taken into account—could create a host of financial obstacles. “What you pay remote people is going to become a big issue which many companies haven't figured out yet,” says Kuper. “There will be some level resetting on that at some point. And when there is, there will be some friction from employees.”

Kristi Drew, a senior client partner and global account leader for Korn Ferry’s Financial Services practice, believes there is no “one size fits all” answer here. “It will continue to be a company-by-company decision,” she says. Kuper agrees. “I don’t think 100 percent remote or 100 percent in-office will be the answer for the majority of companies,” he says.