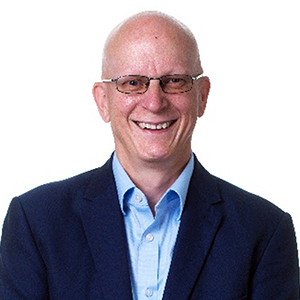 “The conference is downtown in September.”

“Actually, the conference will be in November, online.”

“Vaccines are not required.”

“Please get vaccinated by September 27th or we will consider dismissals.”

Welcome to whiplash leadership. For more than a year and a half, organization leaders have had to switch plans around on their staffs as one pandemic wave after another struck. Now, with the delta variant of the virus reshuffling the deck yet again—just as a “new normal” had appeared to be approaching—a growing number of experts worry that leadership credibility is plunging.

Repeated corporate reversals and backtracking can cost firms dearly. “What’s at stake is the entire reputation of the company, trust in corporate leadership, and in turn the brand,” says Peter McDermott, a Korn Ferry senior client partner who specializes in global corporate affairs and investor relations. He says that’s important because leaders can potentially reach a “tipping point” where stakeholders ranging from employees to investors and the press lose trust. “From there,” he says, “the negative commercial implications can be extremely challenging to turn around.”

McDermott says he is sympathetic to the challenge of making decisions based on dynamics beyond an organization’s control. But the whiplash is also fueled by a long history of training executives to be bold leaders who make clear, declarative statements with tangible deadlines. This alone has caused numerous reversals and cancellations. “A lot of leaders feel that they have to look strong, which means not changing their minds,” says Paul Lambert, a Korn Ferry senior client partner in London. That outcome is broadly on display, where leaders don’t change plans until the evidence overwhelmingly indicates that a reversal is necessary.

For their part, employees and customers are swiftly losing tolerance for change. When the initial pandemic outbreak shut down public life, analysts say people understood sudden disruptions. When restaurants and offices opened and closed repeatedly in early 2021, people tolerated repeated reversals from school districts, townships, health authorities, and numerous other organizations. But this latest round of reopenings followed by the delta variant surge has pushed people to the edge. Many are dealing with “information overload, tremendous fatigue, and a yen for stability,” says David Vied, Korn Ferry’s global sector leader for medical devices and diagnostics. Surveys this month capture a widespread morale problem: eurozone investor morale is at a three-month low point, dropping 25% from last month, and the consumer sentiment index just plunged to its lowest level in a decade, dropping 13% in one month to levels below April 2020, when the virus surge began.

The solutions here are not easy. Leaders can regain some control by emphasizing the values and principles driving decisions, which allow employees and staff to see a common thread from decision to decision. At many firms, the pandemic values that have developed are safety, agility, and caution, so staffers expect decisions that prioritize health, likely decided on slower timelines, which may require nimbleness. “With consistent values, people will work with you even when decisions change, and you retain some social capital,” says Lambert.

Smart leaders are buying themselves extra wiggle room by inserting ambiguity into their messaging. “Leaders can preface new statements with more uncertainty,” says Andrés Tapia, global diversity and inclusion strategist at Korn Ferry. He suggests a general template: “What you say is, ‘We’ve got to make a decision on this. Here’s what we know, here’s what we don’t know, so here’s what we’re doing.’”.

Many experts also say less concrete messaging is advisable. “Resist the urge to be declarative unless it’s necessary,” says Juan Pablo Gonzalez, Korn Ferry’s sector leader for professional services. He is a fan of postponement in uncertain times: “It’s always easier to postpone a decision than it is to undo it. Undoing is much more disruptive.”