The ‘Great Resignation’ Forges On

Another 4 million resignations in July highlight how Americans are on an unprecedented quitting binge. But as hiring slows down, what awaits them? 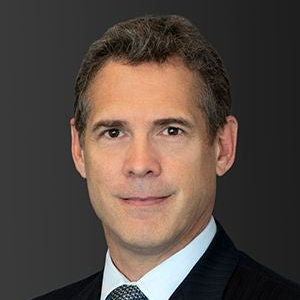 Some predicted that workers would finally take much-needed vacations this summer. Many did go away—and never came back.

Continuing an unprecedented string of walkouts, the US Department of Labor reported that nearly 4 million people quit their jobs in July. In all, almost 16 million people have left their jobs since April, producing the highest quit rate in the 22 years that the US government has tracked this. “A lot of clients have never seen anything like this,” says David Vied, global sector leader of Korn Ferry’s Medical Devices and Diagnostics practice, saying he knows of some firms that are seeing turnover rates as high as 20%.

The latest numbers dashed some experts’ hope that the worker exodus would subside as the economy began to cool off amid the then-emerging spread of the delta variant. The reasons why departures persist are varied, says Doug Charles, Korn Ferry’s president of the Americas. Many people have spent time during the pandemic reevaluating what they really want out of their professional lives. Concurrently, their experience away from the office has weakened the camaraderie, work friendships, and other ties that often bond workers to a particular organization. Throw in the fact that many firms, desperate for talent, are throwing higher salaries, flexible scheduling, and other perks at candidates, and it isn’t surprising people are jumping ship. “Some people are running away from their companies, some are running to a new place, and some just want to change,” Charles says.

Workers at all levels are confident that they can quit now, do what they want, and then pick up a new job with better pay and perks than they had before. That attitude isn’t surprising, experts say. There’s a record 10.9 million job openings in the country. “Regardless of what you do for a living, you drive around and see help wanted signs everywhere,” says Juan Pablo González, a Korn Ferry senior client partner and the firm’s sector leader of professional services.

Still, one ominous cloud has recently appeared on the job market for workers. Organizations dramatically slowed down their hiring in August, adding only 243,000 jobs—a steep decrease from the 800,000 plus monthly average that had occurred since May. The rise in COVID cases likely contributed to some of the pullback, but experts say companies could be having problems finding people with the right skill sets for the jobs they have open. Either way, some career pros think people leaving now might be in for a rude awakening—either by not finding a job right away or experiencing similar dissatisfaction at a new job. “Some are thinking that the grass is greener on the other side, but they’re finding that the grass is brown on both sides,” says Linda Hyman, Korn Ferry’s executive vice president of global human resources.

Nevertheless, most believe organizations should be preparing for more of their workers to quit or at least be open to other offers. Charles doesn’t see any drop-off in companies looking to recruit top talent. ”You have to accept that attrition is going to be higher,” he says. “That’ll be tough for people who are used to losing maybe one person a year.”