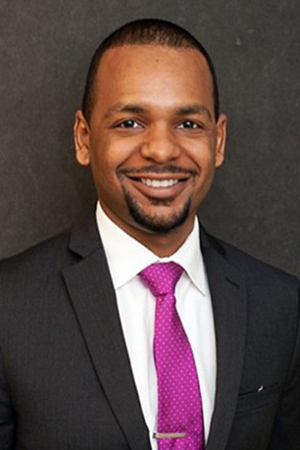 Each time she first speaks with clients, Korn Ferry diversity, equity, and inclusion specialist Sunny Wang asks them about their company’s success at making people from underrepresented groups feel respected and appreciated. After highlighting how they are struggling to attract Latinx candidates or develop high-potential Black employees, many clients then say they don’t have an “Asian issue.”

Framing it like that, Wang says, almost certainly means that the employees there of Asian descent, whether born in the United States or elsewhere, aren’t getting an equal chance at promotions or are experiencing other forms of discrimination, overt or subtle, at work. “It’s always brushed off—it’s not real,” Wang says.

The number of hate crimes reported against Asians in the United States increased 150% in 2020, while overall hate crimes fell. A horrifying killing spree that took the lives of six Asian American women near Atlanta, along with multiple recent videos showing elderly Asian Americans being assaulted on the street, has focused the entire country’s attention on crime against the group. Many Asian American employees are afraid of taking public transportation to work or leaving their children or elderly family members alone.

But while that harassment is happening outside the office, D&I experts say there’s a more subtle form of disrespect many Asian Americans experience at some of the country’s largest organizations. Not getting visible assignments, not being asked for their opinions, constantly having their lineage questioned, and being asked to repeat things because they don’t have an “American accent” are often obstacles Asian Americans endure. Company leaders may not be able to stop crimes committed against Asian Americans, but they can help create a better corporate culture that makes the group feel valued and respected, says JT Saunders, Korn Ferry’s chief diversity officer. “Everyone should be able to learn, stretch, and grow,” he says.

Condemning violence against Asian Americans, while notable, isn’t enough, experts say. The stereotype that Asian Americans are the so-called model minority—a group that is smart, industrious, and quiet—is a trope many Asian American professionals bristle at. “Because of that broad stereotype, we don’t get to have our voices heard,” says Jaya Pathak, an associate principal in Korn Ferry’s Assessment and Succession practice. Indeed, that perception often works against them in their careers, becoming synonymous with “fine to have them, but just in technical roles, not in a management role,” points out Andrés Tapia, Korn Ferry’s global diversity and inclusion strategist.

While Asian Americans may work in healthcare, engineering, and technology, few are in the leadership spots. Only 2.5% of Fortune 500 CEOs are of Asian descent, slightly more than the number of Black CEOs and slightly less than the number of Latinx top leaders. Asian Americans make up about 5.6% of the US population. A 2017 study covered in Harvard Business Review found that Asian American white-collar professionals were the least likely group to be promoted from individual contributor roles into management. White professionals, according to the same study, are about twice as likely to be promoted into management as their Asian American counterparts.

There’s also a gap between different Asian ethnicities. East Asians (those of Chinese or Japanese descent) are less likely than South Asians (those of Indian or Pakistani descent) and Whites to attain leadership roles in US organizations, according to a 2020 study published by the Massachusetts Institute of Technology. The gap could not be explained by the fact that more English is spoken in South Asia, either.

Listening to the concerns of Asian American employees is a good place to start, Saunders says. Leaders could also adapt strategies they may have started adopting to address inequities among Black and Latinx employees, including recognizing biases, educating employees about anti-Asian racism, and making managers responsible for promoting and developing Asian American talent. “If you haven’t gone out to your employees to show your commitment and support to them, you need to do it today,” says Korn Ferry's Wang.